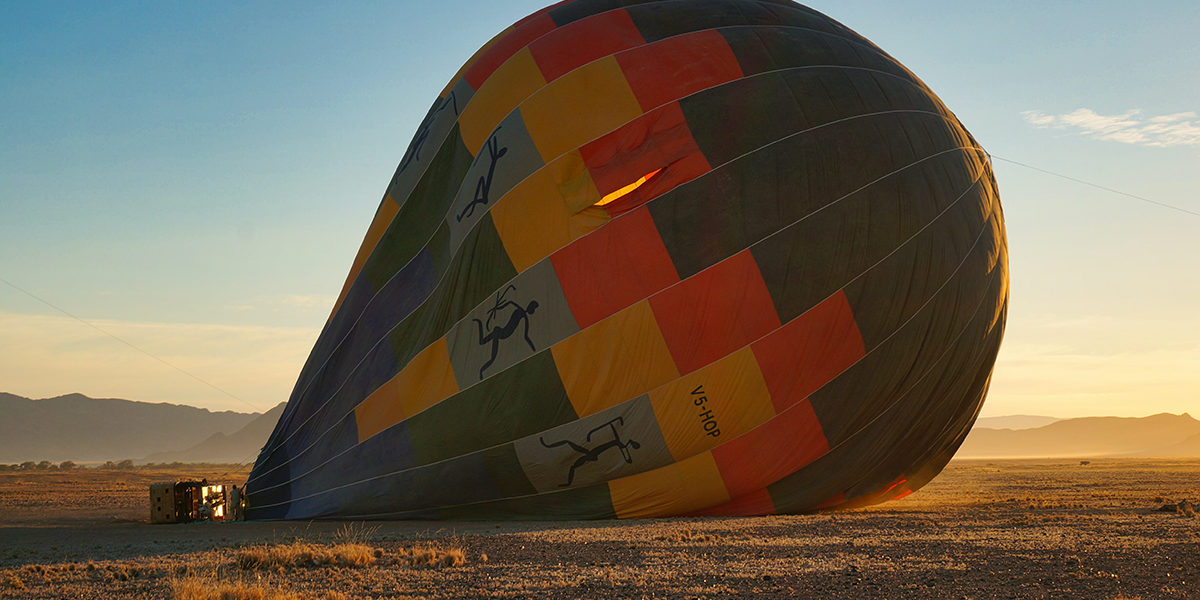 Each month we ask clients to spend a few minutes to read through our newsletter with the goal of raising their investor IQ. This month’s topics include:

In April 2021’s Timely Topics we wrote that high prices would bring in new supply, and as supply ramps up, prices will fall. As shown in the chart below, shortly thereafter in early May, lumber prices reached an all-time high of $1,711.20 per thousand board feet. As shown in the table below, since the peak, lumber prices have fallen more than 40%; other commodities are also retreating. Copper has been in a steady uptrend for the last year and has repeatedly found support at its 50-day moving average (DMA) until mid-June when it finally broke below its 50-DMA. Other commodities and goods are likely to start following similar trends as the supply and demand balance is inching in the direction of being back in balance. We continue to emphasize that this is a supply-driven inflation and a demand side problem.

Looking closer at the lumber chart, the lumber volumes are well below anything seen in the last two years. In fact, they are well below volumes seen over the last 10 years. More supply coming on board and less hoarding by builders will continue to drive down lumber prices. We have even heard that builders who stocked up on lumber out of supply fear have started to sell their own inventory to other builders. This additional shadow inventory is helping to push down prices. Either way, I continue to advise clients against large construction projects during these volatile pricing times. 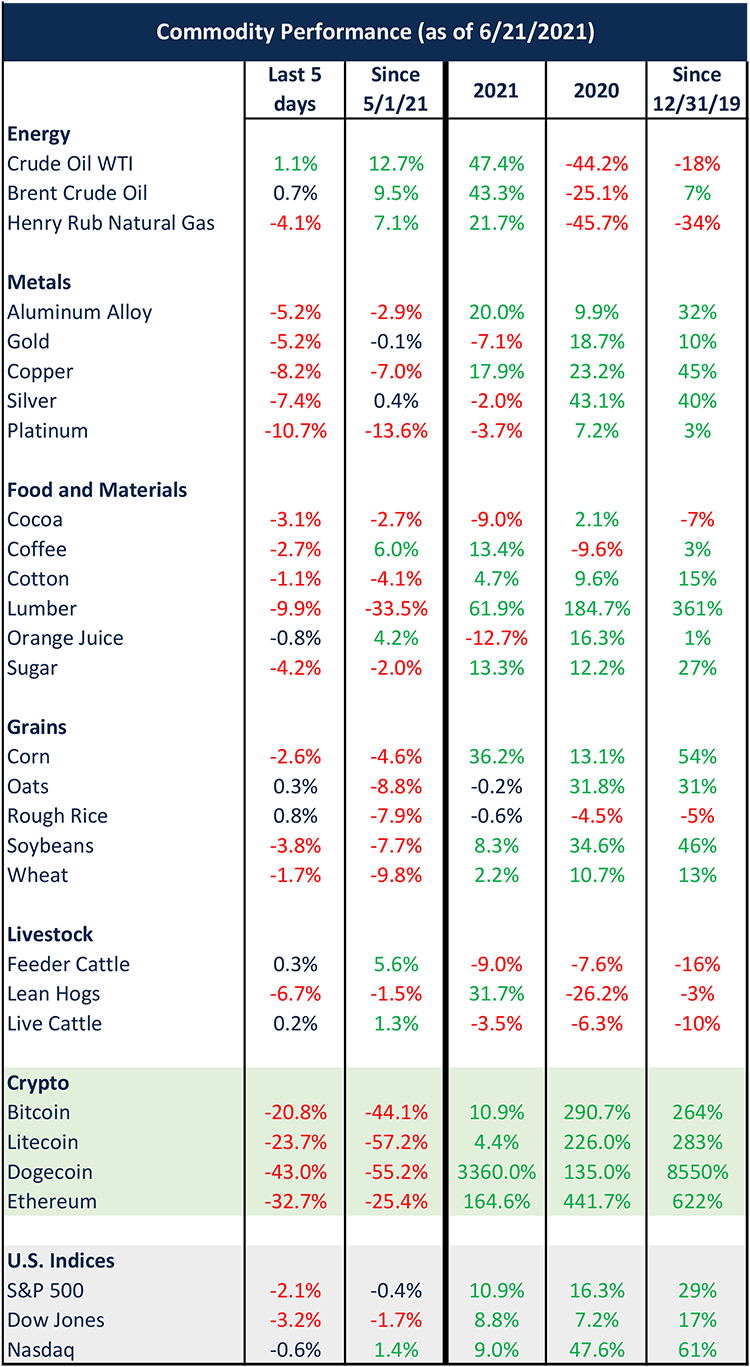 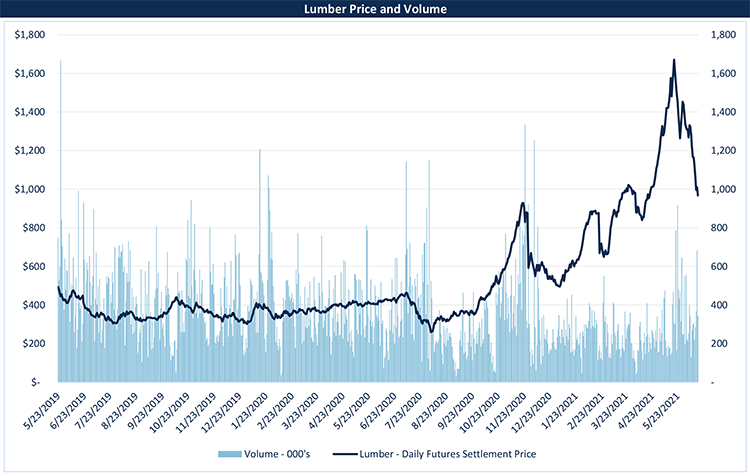 Housing starts have been accelerating at a rapid pace, so a slowdown in that pace shouldn't be a surprise. In fact, the chart below shows the recent slower growth has brought the US back to the same trendlines that we have been running at since 2010. Housing Starts and Building Permits for the month of May were released in mid-June and they came in weaker than expected for the second straight month as headwinds make their presence felt in the data. 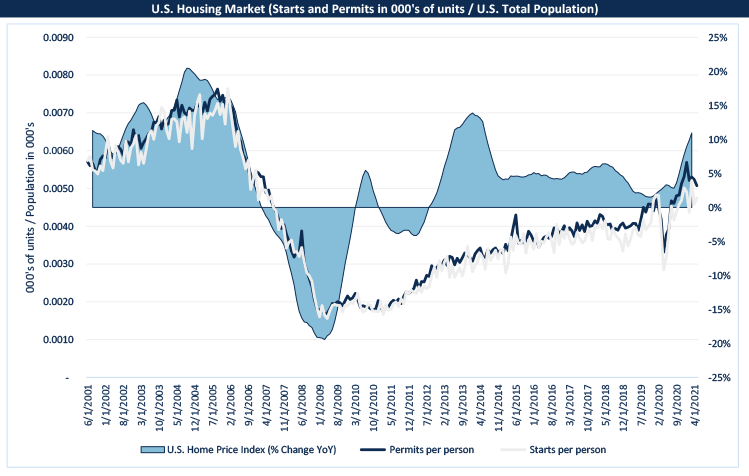 One longer-term trend that remains in the housing sector's favor is population-adjusted starts which remain depressed on a historical basis. The performance of homebuilder stocks are closely correlated to Housing Starts and Building Permits, so until signs of a bounce start to emerge, the home construction ETF and stocks may continue to decline another 10%. We do not expect the supply side of the equation to exceed population growth for a few more years. This long-term imbalance should provide relative stability in home prices over the next 5+ years.

While the S&P 500 continues to press to new all-time highs, it is overdue for another pause or brief pull back. It has been more than six months since we have seen even a 5% pullback. Early June increases moved the S&P 500 slightly into overbought territory from neutral. Last week was a rough one for most sectors, and the most damage was done in cyclical sectors. Materials, Financials, and Energy were all down more than 5% while another three sectors were down more than 3%. The only sector to successfully swim against the tide was Technology, which managed to trade up a mere 0.08%. In the wake of last week's decline, no sectors are currently overbought, four are currently oversold, and one (Utilities) is at 'Extreme' oversold levels.

In spite of the move to new highs, breadth for the S&P 500 has moderated and the potential downward pressure of the S&P 500 should be less than it was two weeks ago. The percentage of stocks in the index above their 50-DMAs has fallen from nearly 75% at the end of May to 60%. The 10-day advance decline line meanwhile has reversed off of overbought levels. The number of stocks hitting 52-week highs has picked up but remains well below the highs from earlier this spring.

This all sets the stage for modest pullbacks at best and potentially a quieter summer.

No tantrums over a rate taper

Believe it or not, we have all recently seen and experienced tapering by the Fed. Yet the economy, equity or bond markets did not come crashing down. In late 2014, the Fed ended a period of tapering and followed it up by shrinking its balance sheet through August 2019. During this time, rates did rise to 2.3% and there was short-term market volatility. However, rates settled back down to where they started at 1.6% and equity markets continued to rally.

A taper at this point, is NOT tightening. As a result, yields should be higher a year from now, but a tantrum-like surge is unlikely. Rising rates should also be supportive of higher equity prices until the 10-year Treasury reaches 3.5%.

McDonald's is the latest high-profile company to be affected by a data breach. They are joining a list of other well-known companies who have been targeted by hackers and subject to data breaches. In early July, video game maker Electronics Arts said that hackers broke into its systems and took source code used in its games. JBS USA, a meatpacking company, and Colonial Pipeline have also been affected by similar attacks.

The stash also included more than 1 million images and more than 650,000 Word and .pdf files. Additionally, the malware made a screenshot after it infected the computer and took a picture using the device’s webcam. Stolen data also came from apps for messaging, email, gaming, and file-sharing. The data was extracted between 2018 and 2020 from more than 3 million PCs.

The data is often used to breach bank accounts, credit cards and corporate servers. The untrackable and uninsured crypto wallets have recently joined the targeted list.

People who want to determine if their data was swept up by the malware can check the Have I Been Pwned’s (https://haveibeenpwned.com/) breach notification service, which tracks a list of compromised accounts.

Password complexity is critical and it is important to use different passwords for every unique login. Sites like https://1Password.com provide an easy and integrated way to create, store and use strong passwords.

June 1st, we reopened the office for client meetings. In spite of the distractions of the economy reopening and the great summer weather, our calendar of appointments quicky filled up through late July. Our staff will continue to reach out to schedule meetings and of course assist with finding time for impromptu meetings when the need arises.

To help maintain our high level of service and response time, North Star has hired another Paraplanner who will start in August. We are excited to bring her on board and a formal introduction will follow.

In December 2020, we were seeing a growing probability of the S&P 500 hitting 4,200 by the end of the year 2021. The breadth of the recovery we are seeing for the balance of 2021 along with some technical analysis, may see the S&P 500 exceed these numbers. We are now slowly seeing analysts raising their forecast over 4,200. While the path forward will not be a straight line, we expect any pullbacks to be modest and focused on areas of bubbles. The continued rotation from growth to value is likely to continue for at least the next year.

It’s now clear that there is virtually zero risk of a double-dip recession. We still believe we are in a secular bull market, which started in 2010 and typically lasts around 15-20 years.