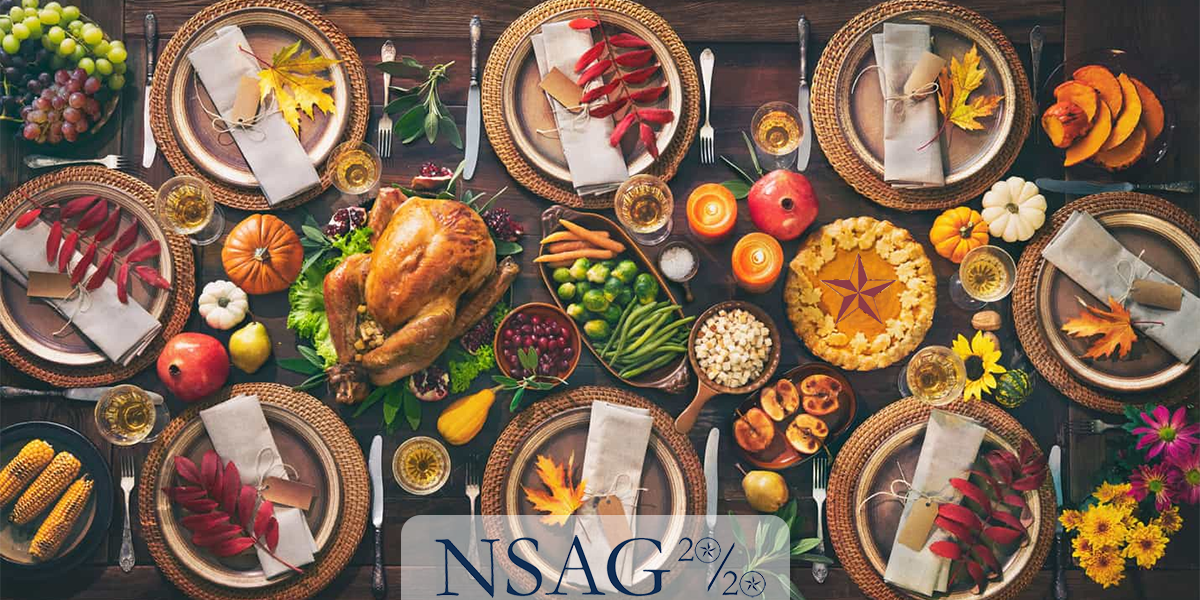 Each month we ask clients to spend a few minutes to read through our newsletter to with the goal of raising their investor IQ. What should investors be focusing on this month?

November is a time to pause and give thanks

Wall Street continues to search for solid ground amid a tug-of-war between the optimism of the coming vaccines and the continuing spread of the pandemic. Investors are concerned over the pending “dark winter” in which we are expecting to see the number of COVID cases continue to climb until we get into mid to late January. This month, we focus on a few key topics and questions which have been raised by clients.

Expect the US Dollar to weaken

First, a reduction in uncertainty on a number of fronts, including the election, global trade and relations with China, to name a few. Most people forget that in 2018-2020, the US Dollar rose by 10%, mostly due to trade war. A softening of the US Dollar should provide a tailwind for international and emerging market equities.

Second, the US is likely headed toward a divided Congress in 2021, which historically leads to less dramatic change and lower market volatility. This environment produces a “Goldilocks” effect: the equity markets are not too hot or too cold. Reduced volatility may lead to see investment dollars being placed into global markets instead of being parked into the US markets, which are perceived as more stable.

In November, investors have focused on the positive coronavirus vaccine trials, as well as the negatives surrounding spiking virus cases and mounting economic lockdowns around the world. Diminishing prospects for a near-term fiscal stimulus package also weighed on the markets. As a result, global equity prices were mixed. The rotation away from defensive areas toward more cyclical parts of the market continued, as energy, industrials, materials and financials all outperformed, while utilities and REITs lagged.

A lesson from history: The mistake of selling out of fear in 2020

We devoted a good section of October’s Timely Topics to help educate clients about selling out of fear. Why? From conversations with clients, we could hear fear on the horizon. Between rising COVID cases around the country, pending election, and lackluster reactions to solid earnings reports, there were more than a few concerns on the minds of investors heading into the last two months of the year. Fast forwarding a few weeks, the S&P 500 finished the last week of October with a decline of 5.6% for the week. As visible from the following chart, this week ranked as the worst week since March and the fourth-worst week of the year. 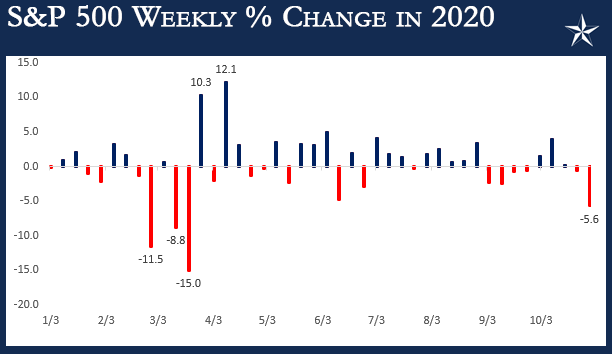 November has been a strong month for the US equity markets, but sometimes putting numbers on the totals helps to put it in perspective. The Russell 3000, which encompasses large, mid, and small caps stocks, was up 9% in the first week of November! In most years, that's considered a good year, and it was only five trading days.

In terms of sectors, energy and communication services lead the way followed by, real estate, industrials and financials with average returns ahead of the Russell 3000. One sector notably absent from the list of outperformers is technology. That sector normally tops the list during periods of market strength, but the NASDAQ’s performance so far this month is 2.5% behind the Russell 3000. With technology stocks averaging a gain of 6.2%. It's at the back of the pack, but it's hard to consider the NASDAQ weak.

The massive change over these two weeks is one reason why encourage clients not to try to time the market.

All-told, the flash PMI data was about as constructive as anything we’ve seen on the US economy since the start of the post-April rebound earlier this year.

Client question: What does JP Morgan’s negative GDP forecast for Q1-2021 mean for my portfolio?

Gross domestic product (GDP) is a monetary measure of the market value of all the final goods and services produced in a specific time period. To put things in perspective, the quarterly GDP for the US typically ranges between +2 to +3%.

We are expecting a soft quarterly GDP for Q1-2020, but not nearly as negative as the impact on GDP in early 2020 due to the countrywide shutdowns. Almost a year after the initial shock of COVID and a potentially minimally negative GDP, the impact on portfolios should be very muted.

We still believe we are in a secular bull market, which typically lasts around 15 years. Historically, it is not uncommon to have a bear market (which essentially occurred in Q4 of 2018) or even a brief recession (which we may be experiencing right now) during a secular bull market. The Fed and Treasury are doing a tremendous job of providing a financial bridge to get through COVID, but more stimulus will be needed. The next round of stimulus will occur, but probably not until after Biden’s inauguration in January 2021.