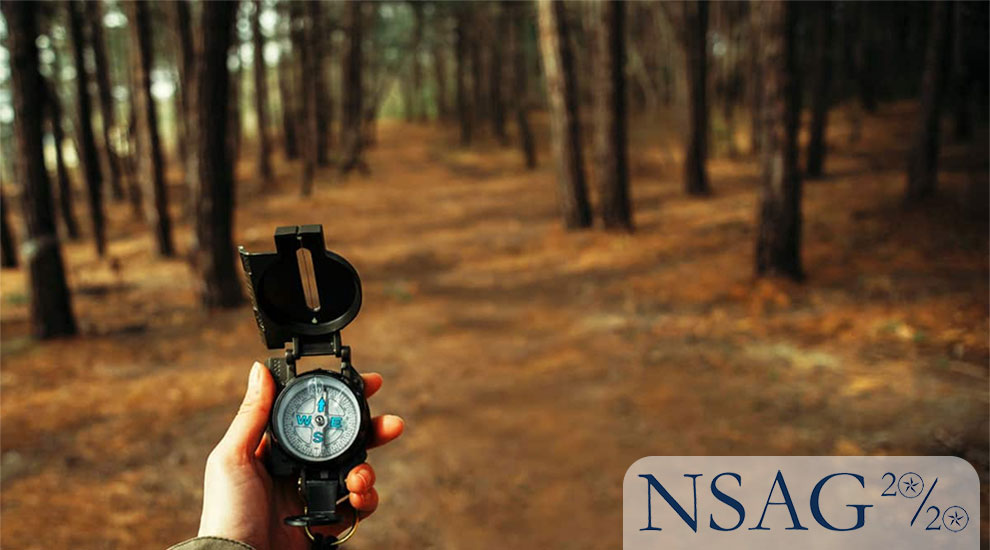 Our clients, community, neighbors, friends and family are hurting. The COVID-19 recession and recent events have resurfaced social and economic disparities in our country. The Black Lives Matter (BLM) is not a movement that states that other lives don’t matter, they are not against the American Flag and they are not against the police. BLM is a movement begging for your help while also appreciating the importance of your life. Today, BLM & African Americans need help just as much as they needed help in 2016 and during the 1940-1960s civil rights movement. Tomorrow another group (Women, LGBTQ, Chinese, Jewish…) may ask for help. North Star will continue to provide our support and we hope that you will offer your support as well. Love is love, hate is hate and murder is murder. In this newsletter, I am sharing some facts about economic disparity that are a big factor in the BLM movement.

We honor historic the March on Washington, a day when thousands upon thousands gathered for jobs and for freedom. It is right that we honor that march, that we lift up Dr. King’s “I Have a Dream” speech –- for without that shining moment, without Dr. King’s glorious words, we might not have had the courage to come as far as we have. Because of that hopeful vision, because of Dr. King’s moral imagination, barricades began to fall and bigotry began to fade. New doors of opportunity swung open for an entire generation. Yes, laws changed, but hearts and minds changed, as well…

Our work is not done. And so on this day, in which we celebrate a man and a movement that did so much for this country, let us draw strength from those earlier struggles. First and foremost, let us remember that change has never been quick. Change has never been simple, or without controversy…

If he were alive today, I believe he would remind us that the unemployed worker can rightly challenge the excesses of Wall Street without demonizing all who work there; that the businessman can enter tough negotiations with his company’s union without vilifying the right to collectively bargain. He would want us to know we can argue fiercely about the proper size and role of government without questioning each other’s love for this country — with the knowledge that in this democracy, government is no distant object but is rather an expression of our common commitments to one another. He would call on us to assume the best in each other rather than the worst, and challenge one another in ways that ultimately heal rather than wound…

A tale of two recessions: Some Americans thrive as others suffer

Federal Reserve chair Jerome Powell said last week during a Senate Banking Committee hearing. “The burden of a downturn has not fallen equally on all Americans. Instead, those least able to withstand the downturn have been affected most. If not contained and reversed, the downturn could further widen gaps in economic well-being that the long expansion had made some progress in closing,”

This gulf between White and Black Americans is greater than at any other point in five decades. CNBC compiled the following list to highlight the growing disparities and underlying inequalities contributing the BLM movement.

The government continues to make adjustments to the PPP program. Most recently with June’s passing of the PPP Flexibility Act. The following are a few important changes:

Yes. The Prioritized Paycheck Protection Program Act (PPPP), was recently introduced and would allow businesses with fewer than 100 employees to tap the taxpayer-backed fund for a second time if they can prove that they lost half of their revenue as a result of the virus outbreak. Only time will tell if this well needed Act is passed.

There are also other household stimulus plans in discussion which may include another $1,200-$2,000 check, tax credits for taking a vacation and/or an extension of the $600/week unemployment benefits.

Investing is not gambling

While all investments contain risk, Wallstreet is seeing a surge in investors gambling on various companies. Examples of this behavior can be seen by money pouring into:

By definition, buying shares of a bankrupt company is gambling and the odds of a return on your money (let alone a return of your money) are not in your favor. We do see a few glimmers of light to this behavior. Investors seek guidance of professionals and become better investors after they have gotten burned by gambling on a bad trade. While the media has focused on this recent trend, it is not pervasive and widespread. However, when things go wrong, it can be devastating for a family. This month a 20-year-old trader died by suicide after thinking he racked up $730,165 in losses on an online trading application.

If you know someone who needs guidance, please have them give us a call.

Odds falling for another nationwide shutdown

COVID-19 and the lack of preparation to deal effectively manage a global pandemic have called for the unprecedented action of shutting down the country. It is now widely believed that the countrywide shutdown was too broad, and we will not repeat this process if/when we see another spike in COVID-19 cases.

This month we are starting to see new hot spots develop across the country. We expected the spread of COVID-19 to new areas and anticipated the new modified restrictions (that honestly should have been utilized earlier this year for the first lock down). Localized shut downs with new travel restrictions should help to quickly slow the spread in the new hot spots.

Odds rising for a Biden victory in November

It is still too early to hold any weight to the early Presidential election polls. However, in many polls, Biden has opened a 10%+ lead over Trump. The direction of COVID-19 and the economy over the next few months will be the biggest swing factors for Trump’s ability to get reelected. Historically, Presidents do not get reelected when a recession occurred. While this recession is different, the pure weight of the downturn maybe something that Trump will not be able to overcome.

Companies are getting back to work

Companies across the country are starting to pull their employees back to the office. While working from home has helped to bridge the gap, companies from all industries are preparing to ask their employees to return to the office. We are seeing the trends developing in conversations with our clients, gasoline consumption and even cars in parking lots.

Just this week we talked to a client who works on a floor with around 100 other members of his firm. For the last few months, he was one of maybe three employees working at the office. This week there were around 15 employees and within the next month they expect most of the staff to return. Even tech companies are starting to re-evaluate the benefits of employee in person interactions versus the cost savings of having them work from home. There is an intangible benefit of being in the office that was not previously factored into this calculation.

The return to work is already putting an instant focus on real estate. Offices with open floor plans are being re designed with higher walls for privacy and health codes.

Good news… NBER said that our recession started in March 2020

The National Bureau of Economic Research (NBER) made it official and said that the longest economic expansion in US history ended in February at a record 128 months. While the NBER typically defines a recession as lasting “more than a few months,” it noted in the release that the pandemic caused a “downturn with different characteristics” than prior recessions. It went on further to say that the scope and magnitude of the decline in economic activity warranted the designation of a recession even if it ends up being shorter than the traditional definition of a recession or any other one for that matter.

Now that the NBER has made the recession official, as an investor, should you care? We charted the S&P 500 going back to 1980 along with each recession. While the NBER has classified periods of expansions and recessions going all the way back to 1857, it only started formally declaring the start and end dates of recessions in ‘real-time’ back in 1980.

In terms of performance, while it often sounds dire, the official declaration of a recession hasn’t exactly been negative for the market. While short-term returns have been mixed, and the S&P 500 actually saw declines on an average and median basis over the following three months, six and twelve months later, the S&P 500 was up on both an average and median basis. For the last five recessions, the S&P 500 was higher one year later four times with the only decline being in the aftermath of the dot-com bust when it declined an additional 19.4% following the bankruptcies of Enron and Worldcom. By no means are recessions a good thing for equities, but by the time they are made official, they are usually either over or close to it. In fact, the only time a recession was declared by the NBER and it wasn’t at least two-thirds over was in the second leg of the double-dip recession in the early 80s. That recession spanned from July 1981 to November 1982 and was officially declared on 1/6/1982 (~40% into the recession).

In the short-term, parts of the market are fairly valued, but there are many parts that are not overvalued. Looking further out, we feel differently.

It is possible to see the market recover close to or above the prior highs by yearend 2020, while the economic recovery maybe delayed until mid to late 2021. Market valuations typically reflect earnings 6-12 months out. Right now, we could be entering a period of time when the market is willing to look out 12-18 months. This is why we are seeing the market rally at the same time that we are seeing elevated numbers of new daily cases, deaths and unemployment. Overall, while the situation is bad, it continues to get less bad each day.

Therefore, our vision and communication has not changed since 2010. We still believe we are in a secular bull market, which typically lasts around 15 years. Historically, it is not uncommon to have a bear market (which essentially occurred in Q4 of 2018) or even a brief recession (which we may be experiencing right now) during a secular bull market. Markets will trade on fear or momentum from time-to-time. In-between earnings reports, the markets may even trade on a single data point (like the new cases and death count of COVID-19). Eventually, the markets return to trading on fundamentals. We believe that fundamentals will not return until we get into Q3-2020 and the Fed and Treasury are doing a tremendous job of providing a financial bridge to get through the next few months.

The US has gone through tremendous turmoil so far this year, with a response to COVID-19 that included unprecedentedly widespread government-mandated economic shutdowns, followed by a combination of legitimate protests, riots, and looting. No one knows for sure what the second half will bring, much less 2021 and beyond. But we think that, like in the past, those who have faith in the future will be rewarded.

We are passionately devoted to our clients’ families and portfolios. Let us know if you know somebody who would benefit from discovering the North Star difference, or if you just need a few minutes to talk.